Posted on March 8, 2018 by therabbitholez 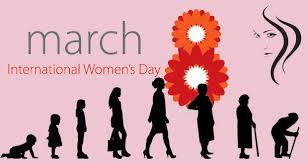 I’ve been giving a great deal of thought about what this day means, and I do wholeheartedly celebrate all the women that have strived and succeeded in giving women a voice and the same opportunities as our male counterparts to have and enjoy the same choices.

So many lives have changed for the better due to those women who have stood up been counted and delivered across many cultural divides and given us more than a glimpse at women who literally have no choice, who sadly aren’t even second, third, or even fourth class within their own family construct and therefore the wider community of women.

The #me too movement I feel really only addresses women that are successful and powerful in their own way the reality women down the ages can also say #me too even if they didn’t have the understanding that what women have faced and will continue to face, why because even in some society’s right now in 2018 women aren’t important.

This brings my own life into focus especially in the way we are indoctrinated from an early age to be nurturer, to keep the home fires burning as well as holding down jobs contributing to the household, raising children, all to be done without a fuss because that’s your job.

My parents divorced when I was 3, he disappeared from our lives, and my mother was left to cope alone there certainly wasn’t all the different agencies around then to help ease the load, you were left alone to cope.

I’ve been told many times I was brought up by a “Strong Independent Woman” well the reality was she wasn’t, she had been left to cope, and she did sometimes badly that is not a criticism it was the reality of our life after years of struggling and coping there was light at the end of the tunnel, however those years in-between were fraught with their own dangers.

Lets give the men a mention here, I’m not bashing men there are so many good men out there, I’m talking about those who see your vulnerable and take advantage or try to, the husbands of friends who would suddenly appear wanting to do “favours for favours” friendships destroyed because other women didn’t want to believe that their husbands would take advantage.( see the skewed thinking it’s your fault)

Employers who feel that it’s okay to threaten you with your job, because you have family commitments ie a sick child, the general consensus that women are fair game, and for you to complain, would mean ridicule or losing your job, that threat is far reaching, no job means no money, possible loss of home or in the worse case scenario losing your children the daily struggle of being a woman is real.

Sexual harassment is a living breathing thing and yet still women are still facing this and yet still it’s not always taken as seriously as it should be, most work places have a policy about harassment in all it’s forms, however if your going to talk the talk as an employer you have to be prepared to walk the walk it could all to easily be you next time.

I can’t say that every allegation of sexual and or bullying misconduct has merit, though we now live in a different time and we must recognised that not all would be rapists sneak in through an open window, it can happen within marriage whilst your children sleep next door, bullying is a stealthy insidious entity, you may not even fully realise what you’re dealing with until your at it’s epicenter with no idea what to do next.

Anyone who has been bullied knows that feeling of powerlessness also the effect it has on your mental well being even worse those who stand and watch purely because they are scared of the same happening to them.

If women are to be empowered we must stand together, not as a group to rise up against men, but as body to show other women “we support you” to be a little controversial here in my opinion I find that women do not support women, not because they don’t believe it goes back to the way we were taught “ssh don’t rock the boat” women and men should indeed rock the boat, there is no place for this caveman type thinking, why because it continues.

As for myself I thought I was a strong independent woman until life taught me otherwise, I try to stand up and be counted because I’m very stubborn like that, I’ve also learned to choose my battles I lose many, but always wiser for the next time.

I think for me being a woman is a wonderful experience, I’ve been up and down, however I’m always willing to learn, and be part of the dialogue which shows a woman’s worth not only to herself  also to those who don’t have a voice.

I returned to this blog in September 2014, after a 2 year absence, due to depressive illness and homelessness. This journey charts the rocky road to recovery and my feelings about it, and getting a home together after losing everything, this too has been a rocky rocky, both things connected on many levels, but separate at the same time. If you want to know more please read my blog:) and comment on any blog you like I enjoy the interaction, and belong to a great community on here. Thanks for reading.:)
View all posts by therabbitholez →
This entry was posted in Blogs, Compassion, Culture, Depression, Humanity, Mental Health, Women and tagged #InternationalwomensdayChoices, choices, Harassment, Lessons, life, Love, Mentalhealth, Strength, Succeed, Support, Women. Bookmark the permalink.

2 Responses to I am Woman