I usually blog about mental health, and find that were all well versed in the stigma that surrounds it, and in attempts to break the myths surround the terrible illness of Mental Health, we often come up against not only lack of awareness, but also that people simply do not know how to broach the subject, to get the dialogue started.

During this A-Z challenge I’ve written about homelessness,I’ve not bombarded you with figures, as were used to seeing this, and frankly we just glaze over when we see them I’ve tried to give you a more personal view and have written about my ongoing issue with homelessness.

When we look at the homeless, what do we see, if were honest we just see someone who you think has failed at life because of:

I’ve only named 5, however if we were just chatting over a coffee most would still think it was their fault they, could have gone into rehabilitation, returned home, not got involved with crime, not sell their bodies,these are the obvious answers, and how often do we think there could be more to their plight.

A youngster may have runaway from home because of physical and sexual abuse, in ever-changing families, when mother/father meets a new partner a child can feel pushed out, even more sinister an adult can be groomed because their son/daughter is really the attraction, we know that social services can fail spectacularly sometimes and many kid just vanish into the ether, so what is their option the streets, where thy can encounter even worse, and can begin a descent into substance abuse and prostitution, petty crime, these so-called stereotypes are very real, and they are stigmatised without knowing their back history.

In my own case debt/depression aided my downfall, as written in previous pages, now if you were to meet me in person no way would you think I was homeless as I don’t fit the stereotype, however I suffer the same stigma as those living on the streets, also because I don’t the type and speak well(as I’ve been told, wtf has that got to do with anything) your just ignored, because the new faces of homelessness are harder in some ways to deal with, however they do find it easier to humiliate because they think you have more to lose in terms of your pride.

Homelessness has no pride, it does not recognise, age, past achievements, where you went to school, how much you used to earn, how big your house was, homelessness is a great leveler and whether your on the streets or sofa surfing the sting of stigma and stereotyping is the same. 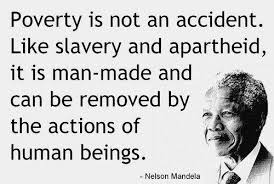 Poverty, Mental Health, Homelessness, these 3 subjects are at the heart of our communities and all the variables that go with each, however each carries the stench of stigma that has seeped into society as a whole, marginalised sections of the community to make them seen as lepers, the great unwashed, the scroungers, people to be insulted stepped over ignored, but certainly not people to be thought of as humans, stigma does that and more.

I get so angry sometimes over the way some people judge others, I’m not saying we should hand over our hard-earned money or give to every person who begs on the street, just looking someone in the eye sometimes can be enough you know, because they have been acknowledged , for a few seconds they weren’t invisible, that is not a kindness that is basic human interaction.

Stigma, affects lives, let me give you a couple of examples, imagine there was a theft at work and everybody is under suspicion, your innocent, the culprit has been found, however the stigma lingers that people who work in that office are not honest. That is Stigma

You come from a one parent family (as I did) the stigma being we weren’t a proper family, and needed special help, or got free school meals, you didn’t have as much as your friends, That is stigma

You stigma comes in all shapes and sizes and we have all suffered one way or another from the power of the word, so perhaps think about that next time you come across the homeless, less well off than you, or suffers with Mental Health problems, we live in a society let us help each other in any we are able to.

I returned to this blog in September 2014, after a 2 year absence, due to depressive illness and homelessness. This journey charts the rocky road to recovery and my feelings about it, and getting a home together after losing everything, this too has been a rocky rocky, both things connected on many levels, but separate at the same time. If you want to know more please read my blog:) and comment on any blog you like I enjoy the interaction, and belong to a great community on here. Thanks for reading.:)
View all posts by therabbitholez →
This entry was posted in Blogging, Homelessness, Mental Health and tagged Help, homelessness, Mentalhealth, Poverty, Prostitution.Pride, Society, Sterotypes, stigma, SubstanceAbuse. Bookmark the permalink.

2 Responses to Stigma vs Stereotype